Secrets of a Gentleman Escort is out now! January 2014

Nick and Annorah's story kicks off the first of a four book series about Gentlemen Escorts!
Good Reads and Romantic Times call it a sensual, honest, awesome read.  Nick belongs to the League of Discreet Gentlemen, whose calling is delivering pleasure to those bold enough to seek it.

In February, readers can take in the digital release of Grahame Westmore's story in "An Officer but not a Gentleman."

In March, we are treated to Jocelyn Eisley's story, "A Most Indecent Gentleman," also a digital only release.

In April, Channing Deveril's story caps off the series in "London's Most Wanted Rake." This will be in print and in digital format.
Romantic Times gives Secrets 4 stars. Read the review here:http://www.rtbookreviews.com/book-review/secrets-gentleman-escort 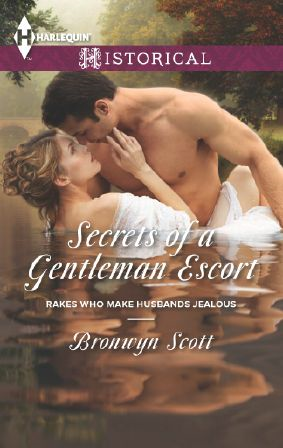