The Passions of Lord Trevethow: The Hawaiian Royalty Visit Part I

Welcome to the third installment of "behind the scenes" of Lord Trevethow. One of my favorite parts of the book is the London visit of Hawaiian Royalty, which was one of the highlights of that year's Season. This gives Pen a chance to 'see the world' without leaving London, and a chance for Pen and her father to confront their fears of strangers--although in her father's case, those fears become truth which creates an interesting dilemma about moving forward despite known risks. 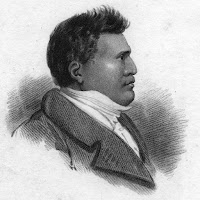 There were excellent records of the Hawaiian King's itinerary, from the hotel he stayed at, to the daily outings that he took, complete with dates and times, guests, and even the titles of plays and operas that he took in . In some cases, there was even detail down to the hour he would be somewhere. That's always a great find! In the book, Cassian takes Penrose to the Foreign Secretary's reception and the evening is just as historically recorded.  The Lifeguard band was the slated entertainment, the guests were high ranking peers, along with any highly ranked foreign ambassador or else-wise who were in the city, and the place the reception is held at is the one that was used. I'll say more about the political aspects of the visit in the part II next week of this post, since the visit was somewhat controversial. 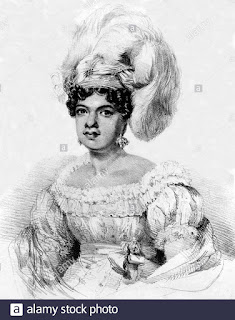 On a sadder note, also true, is the fact that the Hawaiian King and Queen both die in London due to catching measles during their tour of the Duke  York's military school facility in Chelsea, and the funeral Cassian attends is true as well. I used a variety of sources to piece together the itinerary of the King and how that would work around Cassian's own social calendar. However, I was most grateful to the work done by J. Susan Corley in her article entitled: The British Press Greets the King of the Sandwich Islands: Kamehameha II in London, 1824.  This was an amazing and detailed resource. I wish I could post the link here so you all could read the exciting depth and descriptions but the link cannot be posted.

I thought the inclusion of the royal visit was an important addition to Cassian and Pen's story since Cassian promises to show Pen the world, knowing full well he can't leave London with her. So, he brings the world to her--the visit to the Greek themed opera house, and a chance to meet  the Hawaiian royals. This was a great intersection of history and fiction.
Posted by Bronwyn Scott at 9:32 AM