Lord Trevethow's passion--one of them at least--is to build a pleasure garden that bring experiences and the world to his small corner of Cornwall. One of the visions he shares with Penrose in the novel, is the vision of a Mountain, or a modern day roller coaster, like the ones he experienced on his travels through Russia and France (if you recall a brief reference from Unwrapping his Festive Temptation--Rosenwyn and Cador's novella, there is a mention of Marianne Treleven begging for tales of his travels and wanting to hear all about Russia). So, I thought I would share a little bit about the origins of the roller coaster here-- what would Cassian have seen and experienced? 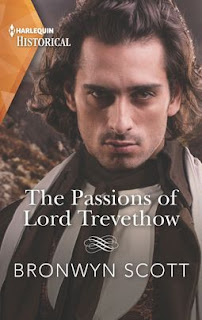 In the 16th and 17th centuries, Russians began the idea with ice slides or 'flying mountains'  and sleds that crash landed into a pile of sand. https://www.atlasobscura.com/articles/russian-roller-coasters  This article from Atlasobscura is confirmed in several other articles about the Russian Mountains, if you want to read more about how they were constructed and used.

From Russia, the coaster concept goes to France and the pleasures of the French Court. In France, the coasters are referred to as "Russes des Montagnes" Russian mountains. The most well known is the Russes  de Belleville.  How Stuff Works, has a nice informative paragraph or two on the topic of roller coasters in France if you'd like to read more: https://science.howstuffworks.com/engineering/structural/roller-coaster1.htm.

Additionally, the French also improve on the steerless sled/cart idea by introducing the tracked cart that followed a groove.--pretty cool!  If you're wondering how the French conquered the lack of snow and ice that the Russian Mountains relied upon, they did it with wax--also a pretty cool fun fact.

And of course, Cassian has his own improvements in mind as well.

Happy Reading,
Bronwyn
Posted by Bronwyn Scott at 9:10 AM